Concerned About Bed Bugs? What You Need To Know & How To Keep Them Out Of Your Home

Bed bugs are no longer a rare threat. In fact, bed bug infestations are now so common that the media routinely publishes a list of the cities where they are most prevalent. An insect capable of causing painful bites to the skin of their human victims, bed bugs are able to hide in bedding, clothing, upholstery and other soft surfaces, making them difficult to see and eradicate. If you are concerned about keeping your home free of bed bugs, the following information will help you learn how to recognize the signs of an infestation and help you keep your home free of this pest.

Not Just A Human Problem

Although most news about bed bug infestation concerns human habitat, bed bugs do not limit themselves to feeding on human hosts. Scientists commonly use small mammals, such as Guinea pigs and mice to host bed bugs in laboratory studies. In addition, these biting pests are also known to feast on poultry and even bats. While it is less common for bed bugs to feed on dogs and cats, due to their fur, it does occasionally happen.

Bed bugs excel at infesting homes and other areas where humans gather without their knowledge. Although bed bugs do bite their host as part of the feeding process, only about 70 percent of the population reacts to the bite with intense itching. This is why some occupants complain of itching when living in bed bug infested areas, but others in the same room or area do not.

To avoid subjecting your home and family to a bed bug infestation, you must be able to recognize them. Visually, an adult bed bug is similar in size to the seed of an average apple. When the pest has fed recently, it will be plump and reddish in appearance, due to the blood it has consumed from its host. If the bed bug has not fed recently, it may be appear brown in color and have a flatter silhouette. Juvenile bed bugs will be similar in appearance to their mature relatives, but much smaller.

Because bed bugs are nocturnal and can easily burrow deep inside mattresses, upholstery and other soft surfaces, they can be difficult to detect visually. However, they do leave clues to their existence, especially if a significant infestation exists, such as:

Keeping Bed Bugs Out Of Your Home

No matter how much you learn about bed bug infestations and how much you strive to avoid them, your home can still suffer an infestation. If you notice any of the warning signs mentioned above or experience any unexplained itching or rashes, it is wise to have your home inspected immediately by a professional bed bug exterminator to avoid a major infestation. Click the following link if you want to learn more. 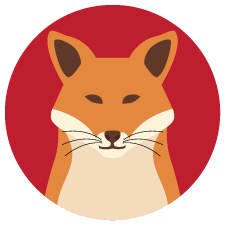